The ill-thought name evokes
a pornographic ploy,
and true, the park is choked
with heedless hoi polloi.

Some come here with a hearty
love of redwood groves,
but most are here to party
in dusty drunken droves.

Raccoons and ravens thrive
in the littered earth,
but more skittish wildlife
give this camp wide berth.

As sugared kids break twigs
to throw in their camp fires,
a drunken parent shrugs.
And John Muir’s ghost expires.

Jim Bob rides a Harley
on weekends to relax,
past the boss’s Raleigh,
Lycra, fanny pack.

Jackie’s noisy ATV
in its off-road rush
spooks the mistress’s pony
cantering through the brush.

Julio takes the day crew out
cruising on the bay
on his brother’s motorboat,
past Biff’s Sabre 38.

“Monday they’ll return to me,
ready for their jobs.
We who drive the machinery
need our noisy cogs.” 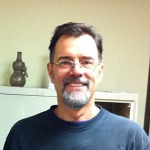 Charles Joseph Albert is a physicist and owner of a metallurgy shop in San Jose, California, where he lives with his wife and three boys. In the third grade, he had to read Frost’s “The Runaway,” and by the time he got to “all his tail that wasn’t hair up straight,” he wanted to be a poet. His poems and fiction have appeared recently in The Wifiles, Asissi, The Ibis Head Review, Chicago Literati, 300 Days of Sun, Abstract Jam, Literary Hatchet, and Here Comes Everyone.